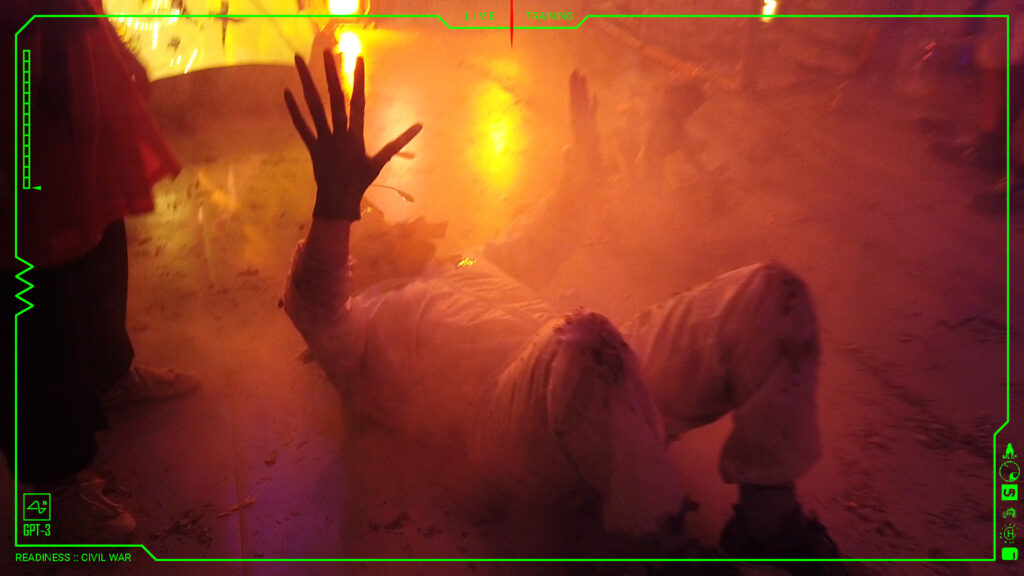 In Prepper Paradise, a show curated by Ward Janssen, Stafylakis and Triantafyllidis present the Readiness Chamber. The Chamber features the works Readiness: Civil War (2022) and Mutants of Readiness: director’s cut (2021) alongside a number of artworks, props, and items that immerse the viewer into the world of the Readiness SAGA.

Readiness: Civil War (2022) is the latest episode in the Readiness SAGA, a serialized simulation of social conflict in the US. Kostis Stafylakis and Theo Triantafyllidis -alongside a shifting synthesis of collaborators- tailor real and fictional identities and scenarios to a fantasy world made of colorful salvage. By fore-playing the pending scenarios of an American Civil War, the Readiness SAGA forecasted situations that awkwardly resemble the dramatic January 2021 incidents at the American Capitol. The Readiness SAGA narrates a conflict between the “Preppers” (doomsday enthusiasts who marshal for the “end of the world as we know it”), the “Boogaloo Bois” (Civil War accelerationists, flexing tactical gear and Hawaiian shirts), and the “Golden Horde” (the alleged criminal horde of the unprepared citizens featured in preppers’ jargon and literature).

In Readiness: Civil War, the machinic vision of an AI called Pascale processes filmed footage showing an unknown group roleplaying an epic battle between three clans: the Preppers, the Golden Horde, and the Boogaloo Bois. This footage was filmed during a chamber Live Action Role-Playing session (Readiness the LARP) that took place in Athens (October 2020), a few months prior to the attack on the American Capitol. According to the narrative reconstructed by the AI, the Preppers try to develop a fungus that can kill the villainous Golden Horde. The Preppers’ world is ruled by a mysterious Oracle who reigns alongside a sacred figure called Jeso. The Preppers have imprisoned Batu, the leader of the Golden Horde. The Golden Horde attacks to free Batu, loot weapons, steal tools. But the mischievous Boogaloo Bois have different plans…

Alongside Readiness: Civil War, Stafylakis and Triantafyllidis present Mutants of Readiness: Director’s Cut, a live-stream performance featuring two mutated Preppers, PIGGO and GUSTAVE, stuck inside their armored egg-shaped homestead, controlled by Pascale’s AI. They receive a transmission by JAUSH (impersonated by Joshua Citarella), an expert on security and prepping affairs, who evaluates their level of preparedness.

The installation also includes a series of mutated weaponry imagined by the Pascale AI itself, printed onto aluminum, the preppers’ homestead (eggstead), prized symbol of the Readiness Saga, and an accommodating firepit that summons the visitors. 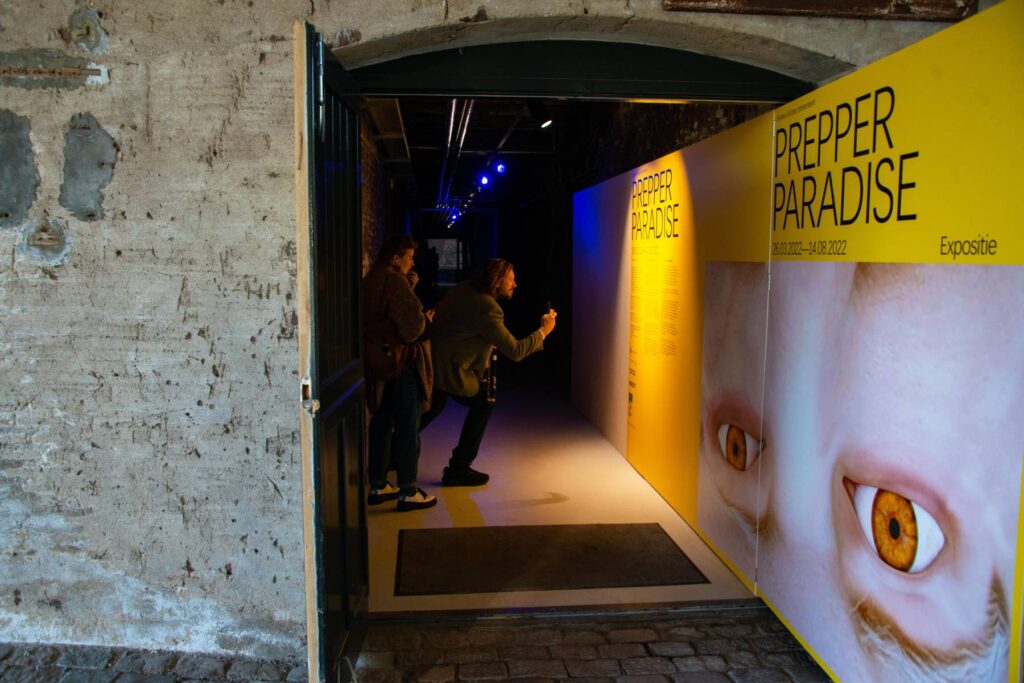 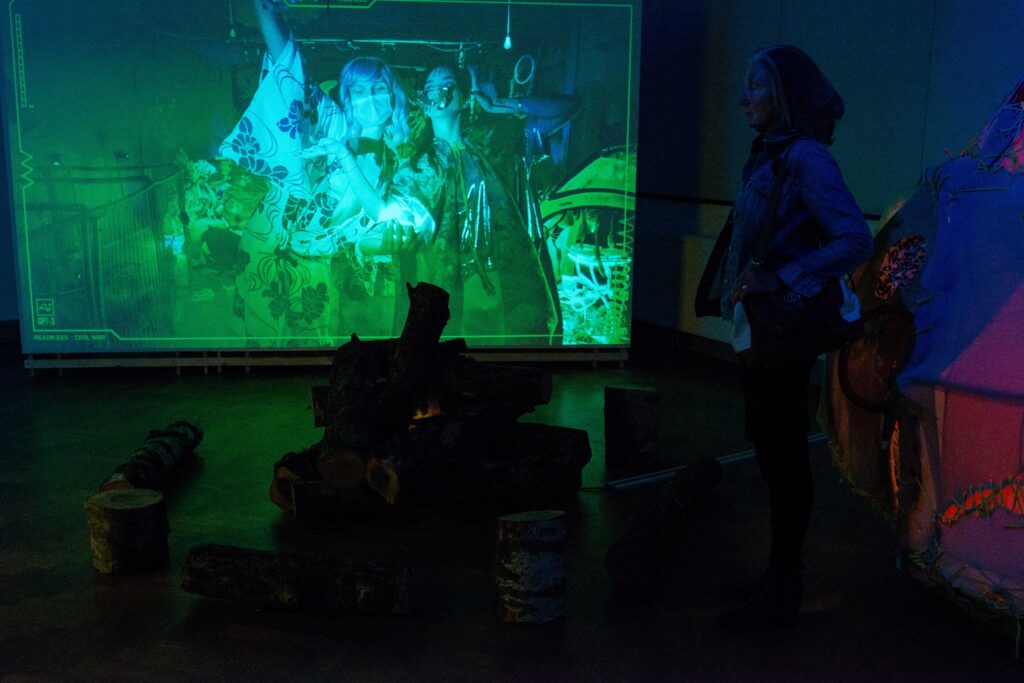 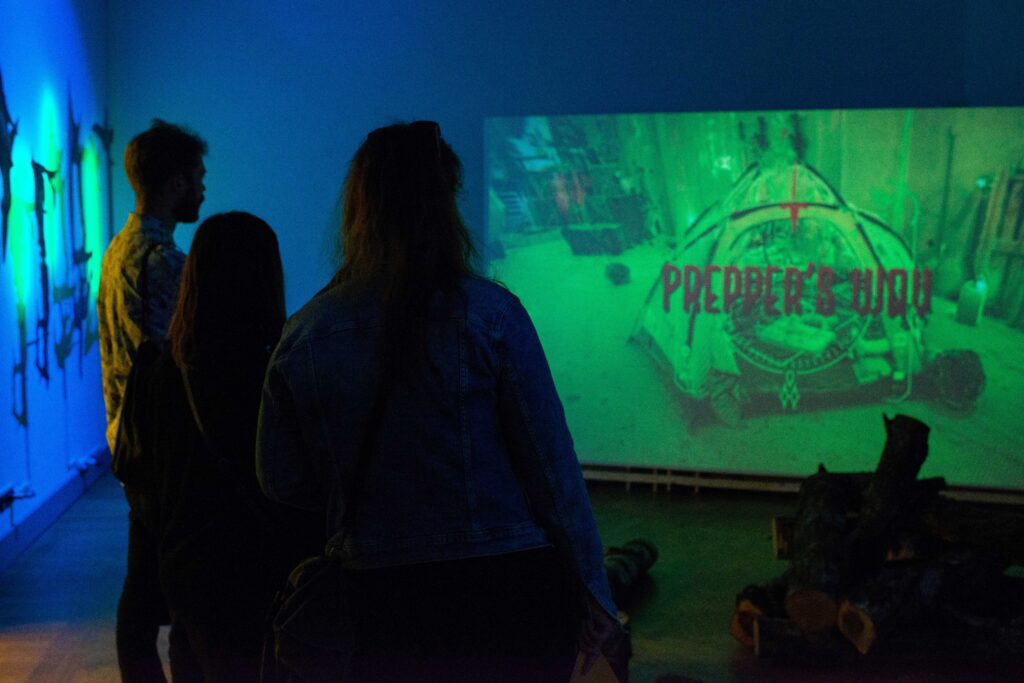 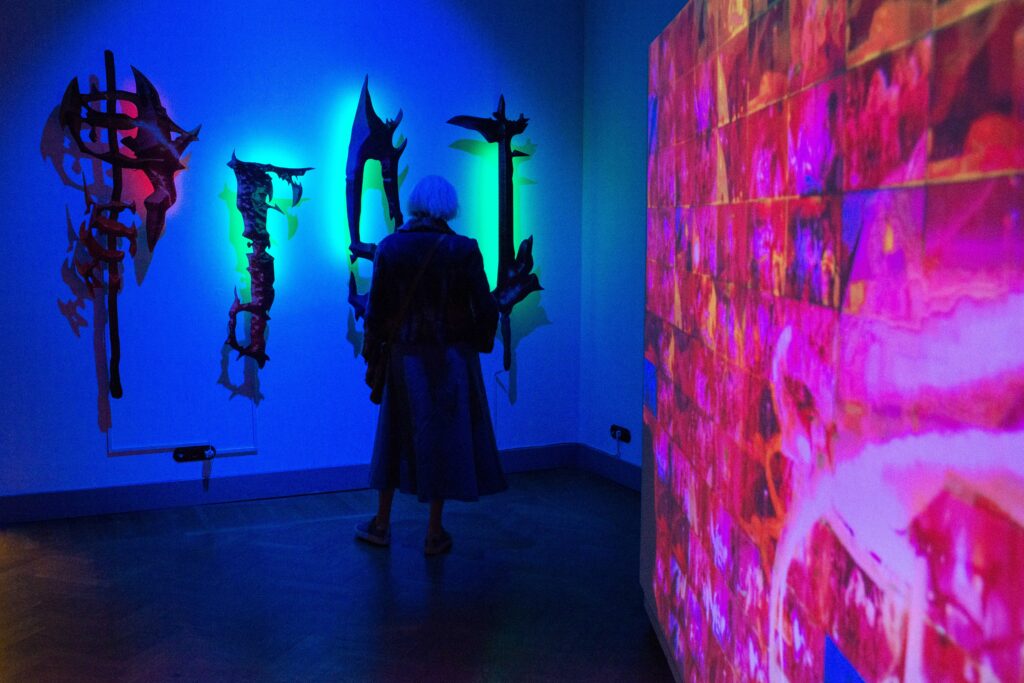 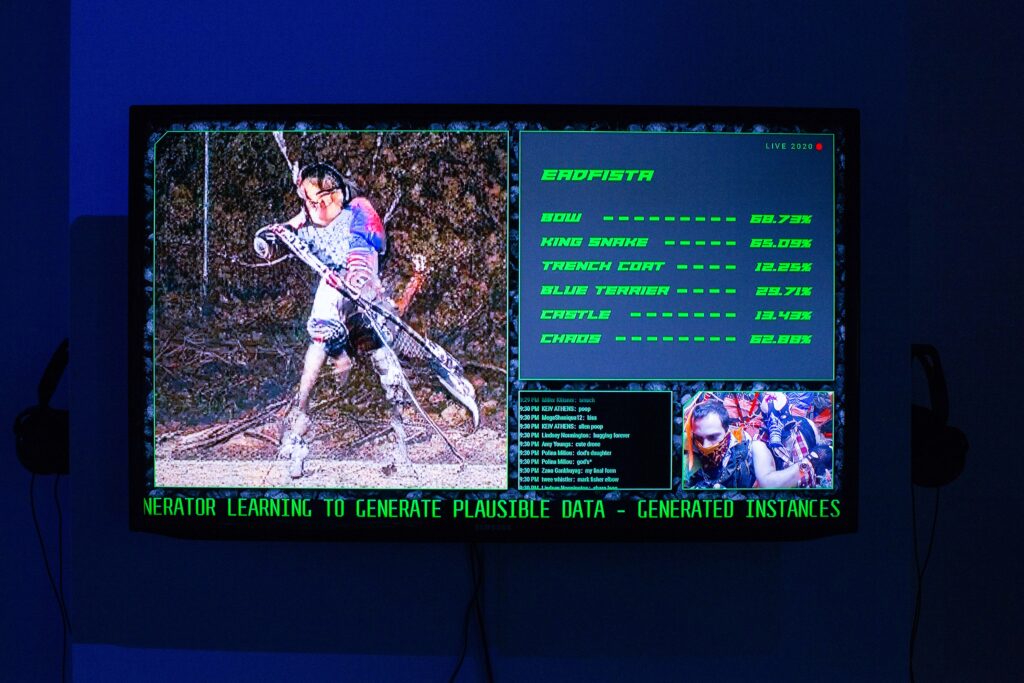 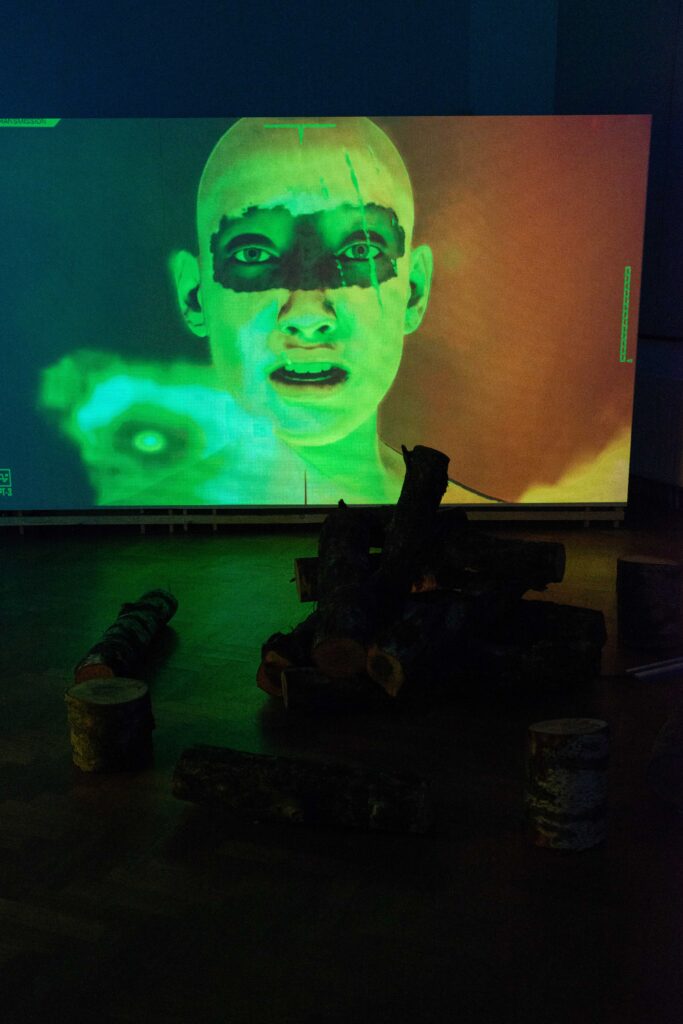 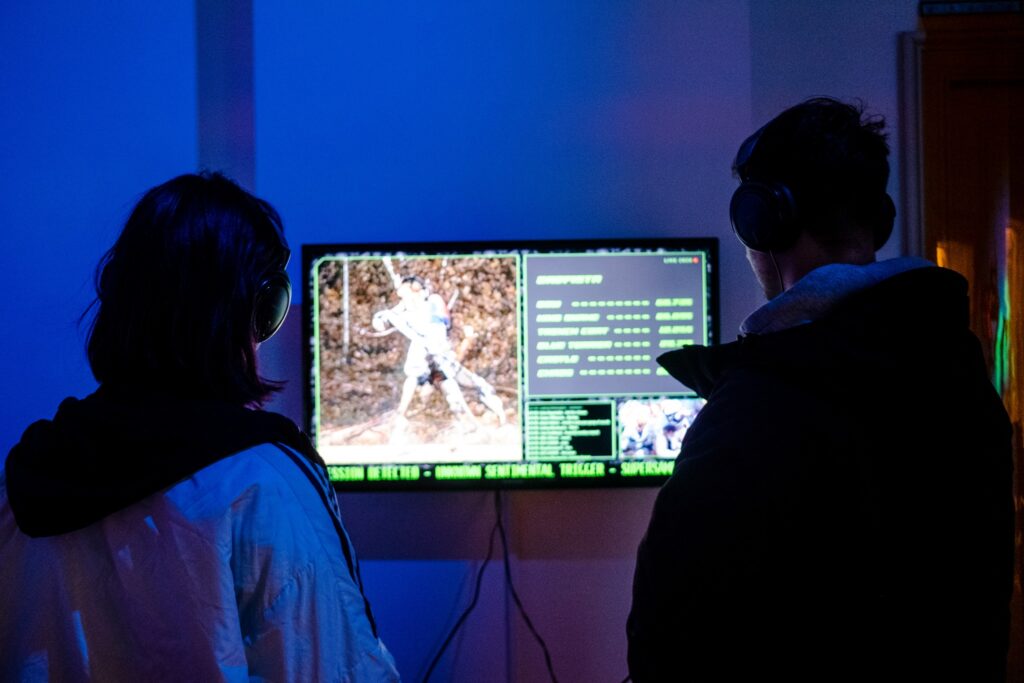 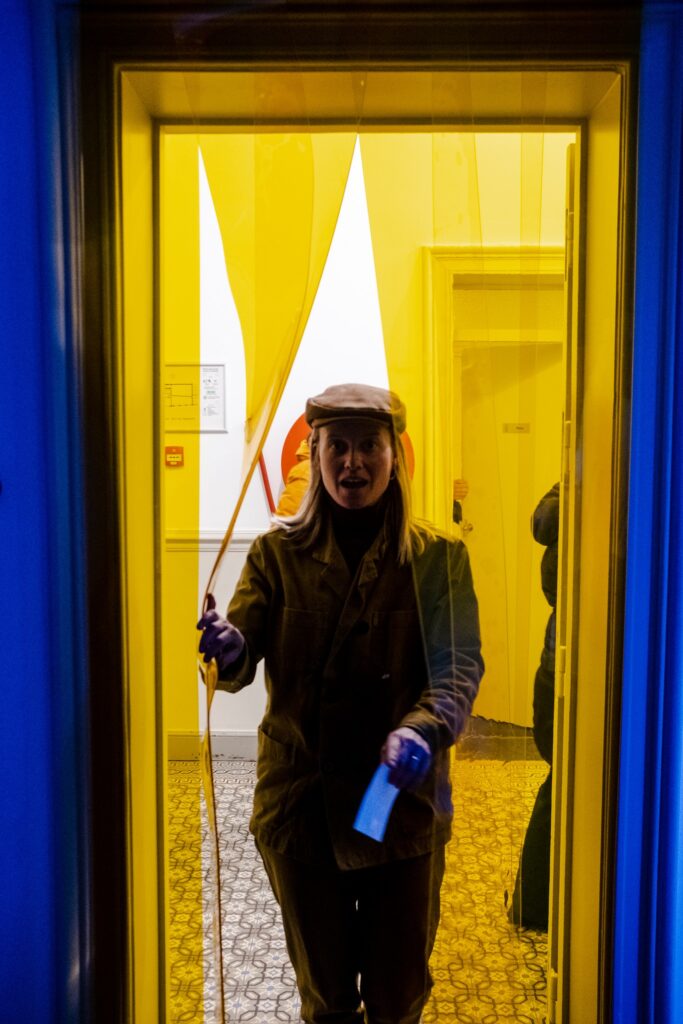 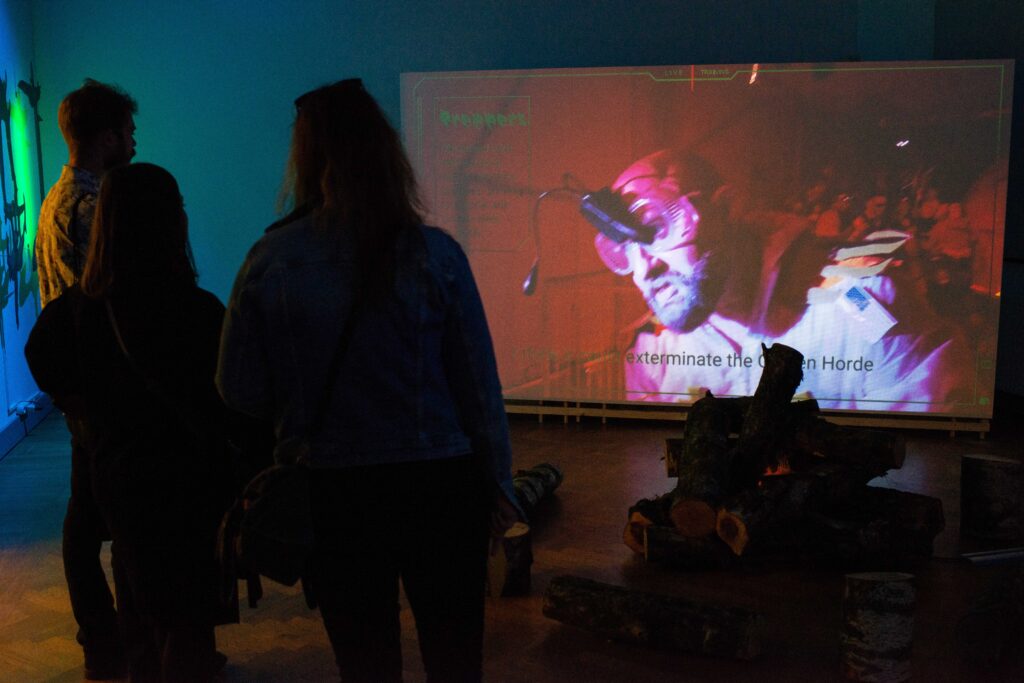 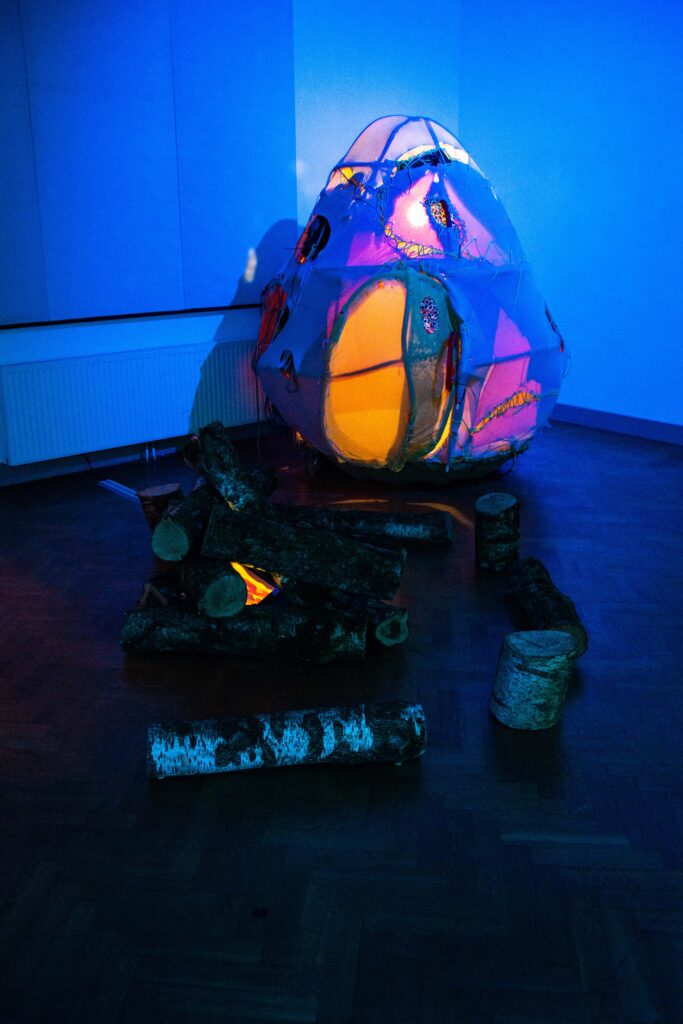 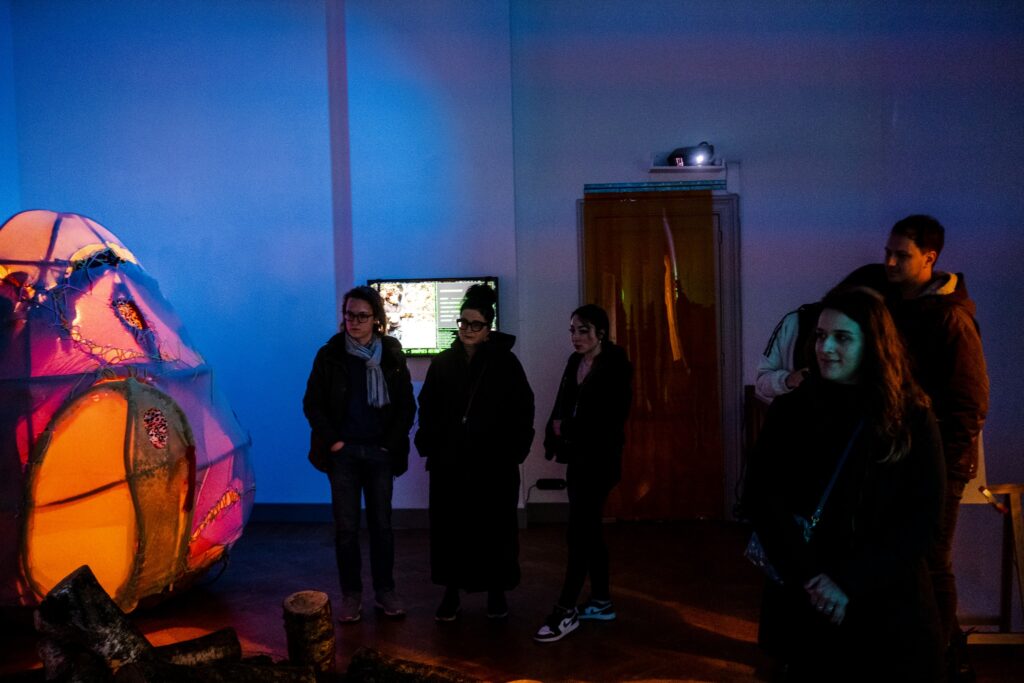 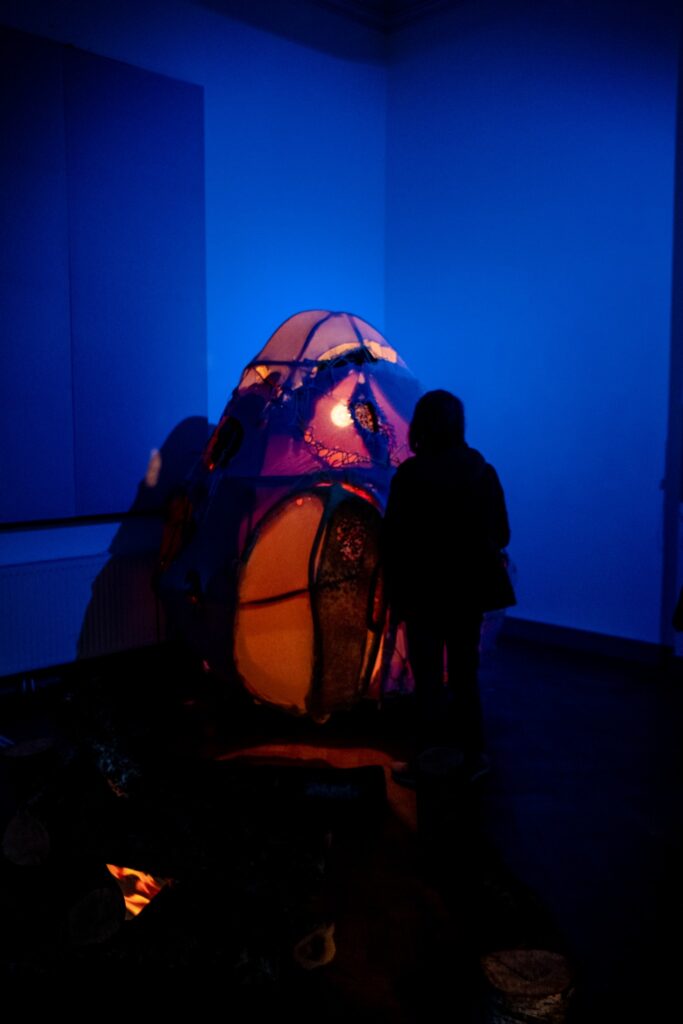 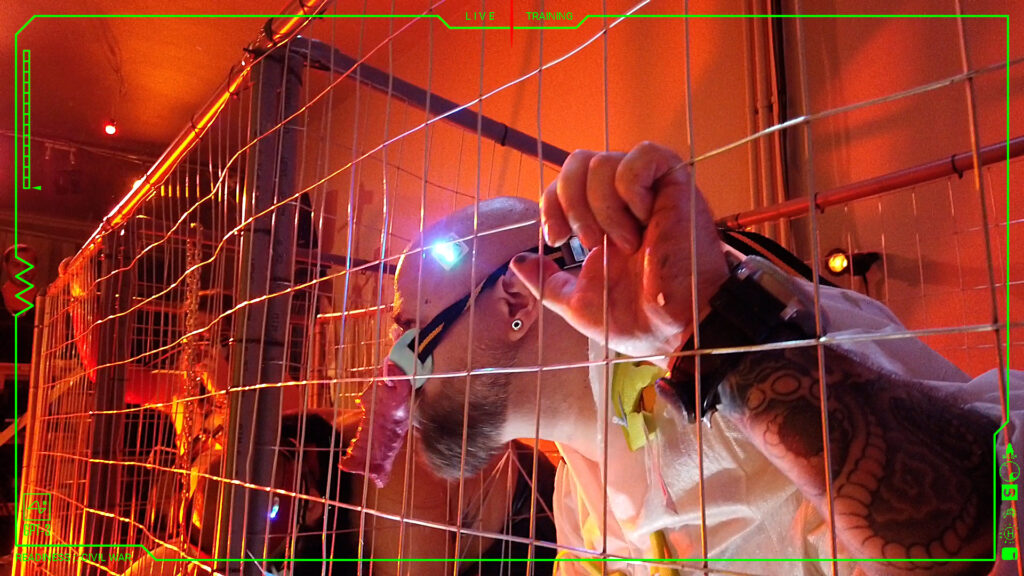 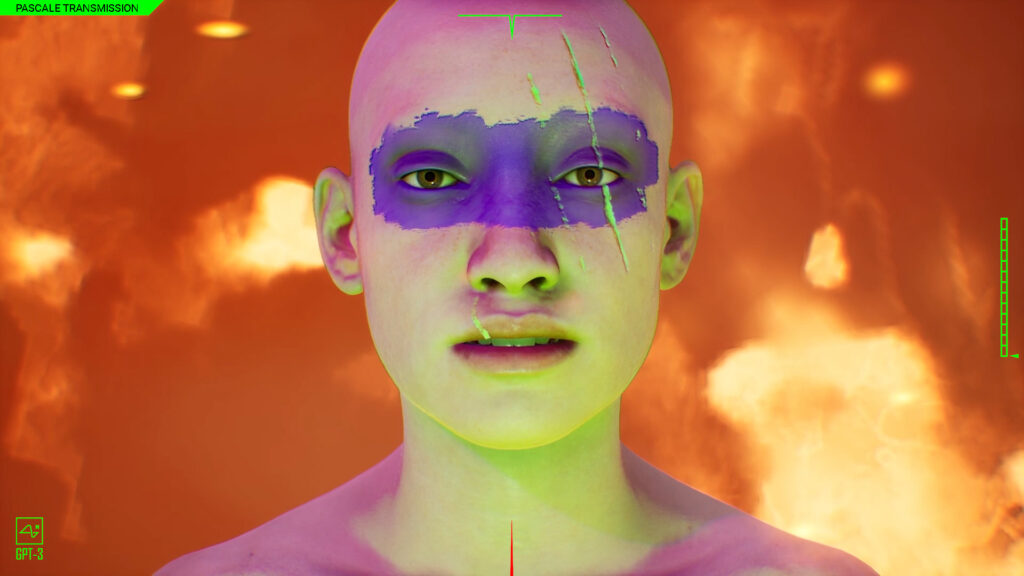 In the new exhibition, Prepper Paradise, by guest curator Ward Janssen, we connect the imagination of the end times in art, design, architecture, and science to visions, dreams, and speculations about how we can properly prepare for them.

From building bunkers and panic rooms all over the Euregion to designing food and urban farming; from Bunker shopping with the Kardashians to speculative future cityscapes; from hoarding food supplies for years of self-reliance to cryopreserving your body after you die – we prepare ourselves in myriad ways, and some people more than others, for unforeseen and uncertain futures.

And even though we can consider doomsday preppers and survivalists as loners, we can also wonder whether the phenomenon doesn’t bespeak a certain optimism and utopism instead. After all, a world destroyed by war, pandemics, and climate change will have to be redesigned one day. How can we make sure that we will do it right next time?

In addition to the exhibition, there will be a diverse programme of lectures, workshops, guided tours and excursions. Prepper Paradise runs until Sunday, 14 August 2022. 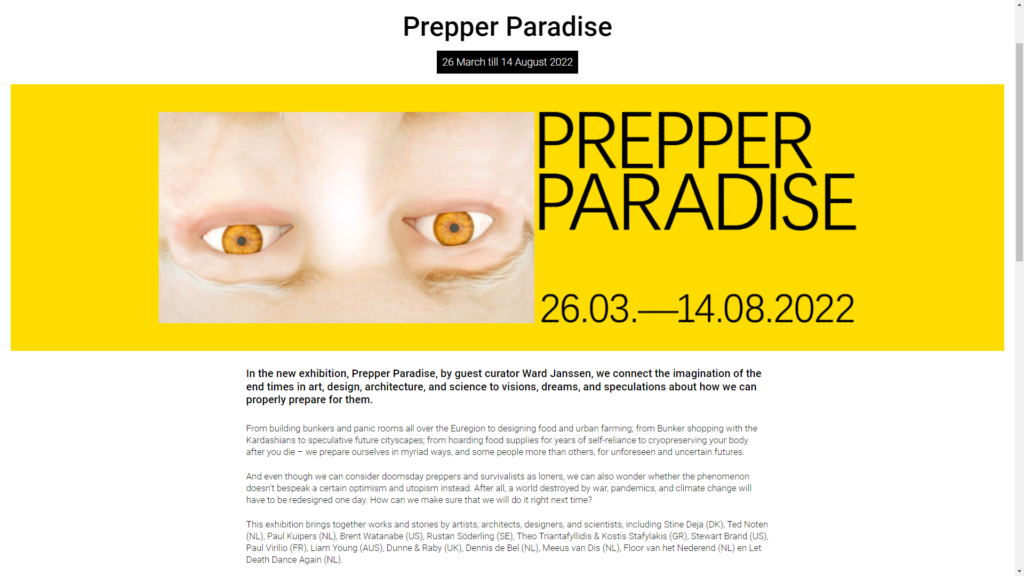