The 8th Black Circle Declaration : Light Through The Ruins at Palais de Tokyo 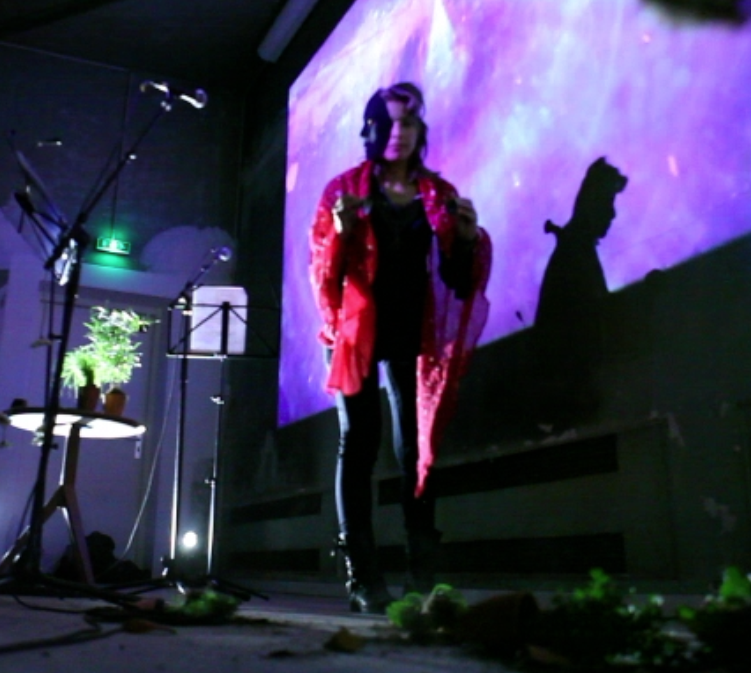 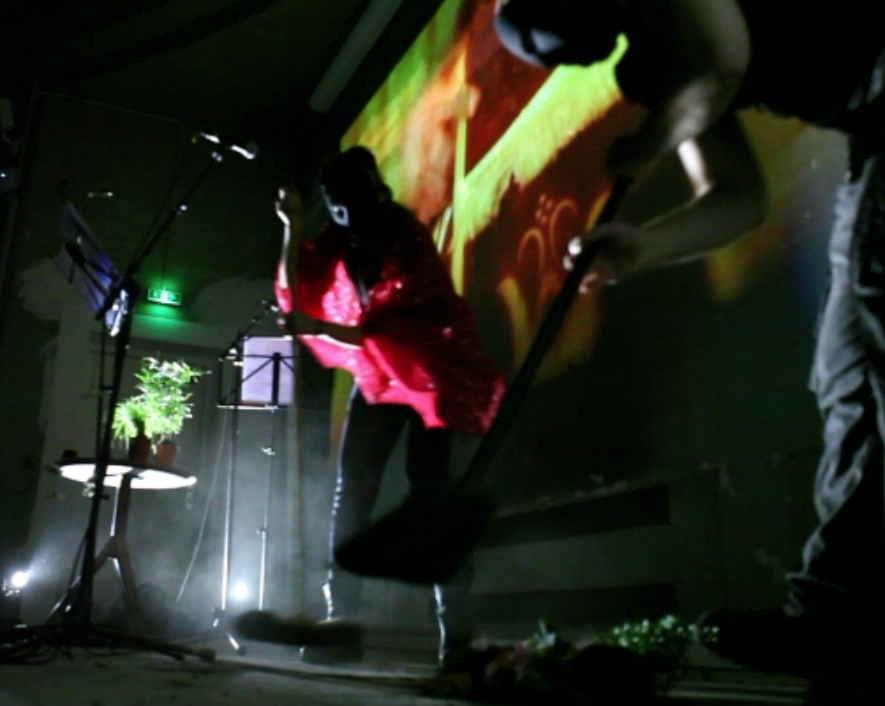 Performance and video installation in the framework of the Hell as Pavillion show, curated by Nadja Argyropoulou at Palais de Tokyo, 2013.

This iteration of the Black Circle project focuses on the gnostic discourse and aesthetics of alternative neo-fascism.

The Black Circle (2009-2013) is a SAGA by Kostis Stafylakis & Vana Kostayola focusing on the emergence and silent proliferation of ideas of alternative fascism in the post-2008 Greece. In the aftermath of the 2008 social uprising, that was triggered by the murder of the young Alexis Grigoropoulos by a police officer, and signaled the start of an immense crisis, Stafylakis and Kostayola noticed the sudden, yet disguised, emergence of radicalist groups belonging to the fringe space known as Third-Positionism (Autonomous Nationalism, Radical Traditionalism, National Anarchism and so on). Around 2009, KavecS started working on the Black Circle project: an awkward and alerting simulation of local Third-Positionist groups that appeared to propagate crypto-fascist ideas either on the blogosphere or through actual street activism. By drawing on the online material that was discovered at the webpages of groups such as the Black Lilly, KavecS produced a variety of performances that mimicked the style of their discourse, online aesthetics, and masculinist posture. In certain cases, Greek Autonomous nationalist would raid Athenian social spaces wearing Guy Fawkes masks. The Black Circle’s post-digital performances, spanning from online research to physical declarations, were rants mimicking the eclectic and, eventually, poisonous content of these masqueraded right-wing extremists.

At Palais de Tokyo, the performance drew on the radical traditionalism of Julius Evola, Rene Guenon and the New Right to draw parallels between the era of Europe’s decay and the so-called Kali Yuga.

Read a review by Dikappa at AQNB:

“Hell As Pavillion at Palais de Tokyo demonstrates the diversity of modern Greek culture and the confusion that lies in its identity. A play on words –between ‘hell’ and the Greek Hellas –the event is an unexpected trip through the Hellenic and, by extension, European psyche. The selection of live performances and screenings, alongside an exhibition, provide the spectator with a global perspective of a society in crisis.

Roaming through the exhibition one stumbles upon a video-art piece called The Black Circle. It combines recordings of live performances by art duo KavecS, as well as footage from the streets of Athens; religious symbols, football fanatics ranting about politics. It pieces together a representation of the confusion of identity that reigns over contemporary society. These images question our ability to have a united identity and to combine our cultural and historical background with the new world order where even the terms of masculinity and femininity are put to the test. During their live performance, artists Vana Kostayola and Kostis Stafylakis, role-play as a frustrated and emasculated man, a woman mocking him for his frustration, while anarchists, or their look-alikes, propose a solution in National Anarchism. They interrupt their rantings as if all this is an elaborate rehearsal and not the actual performance. The video is perplexing, at times chaotic and confusing, i.e. a perfect depiction of the European predicament, not as depicted on mainstream media but as felt by the people living under this stressful period of upheaval.” 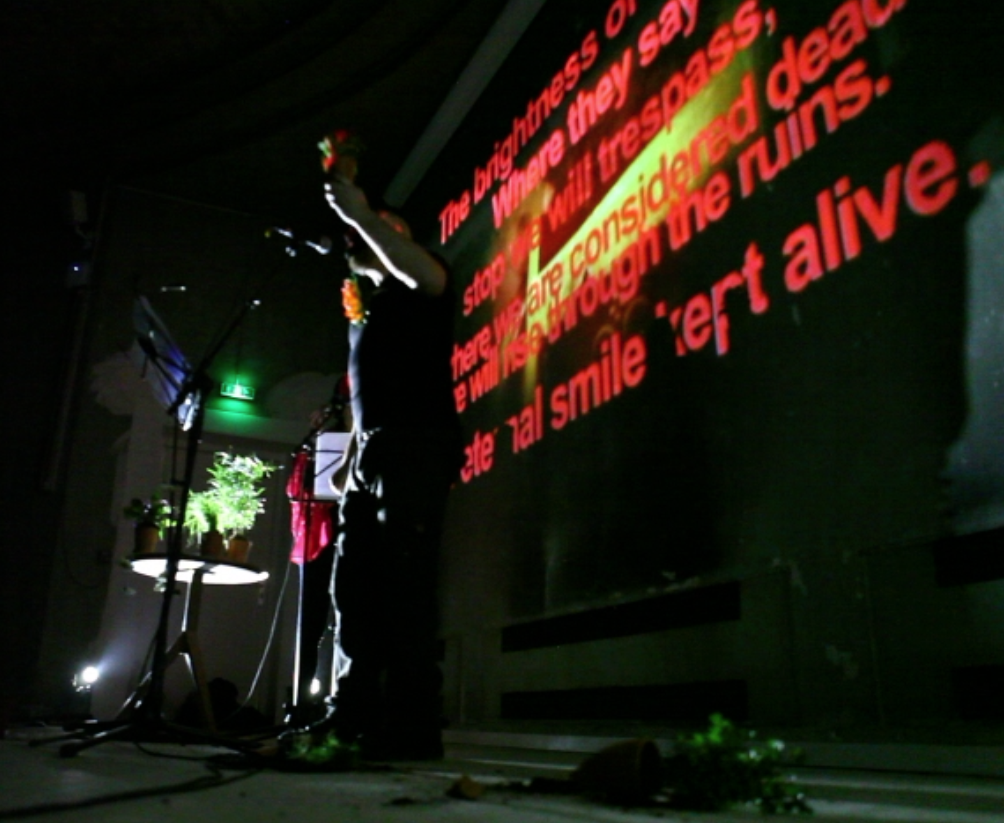 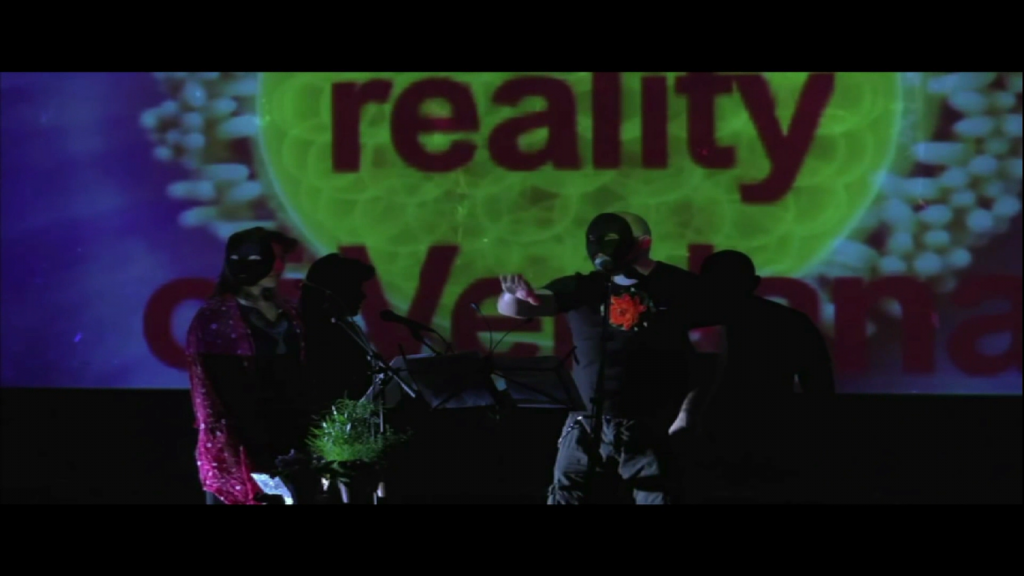 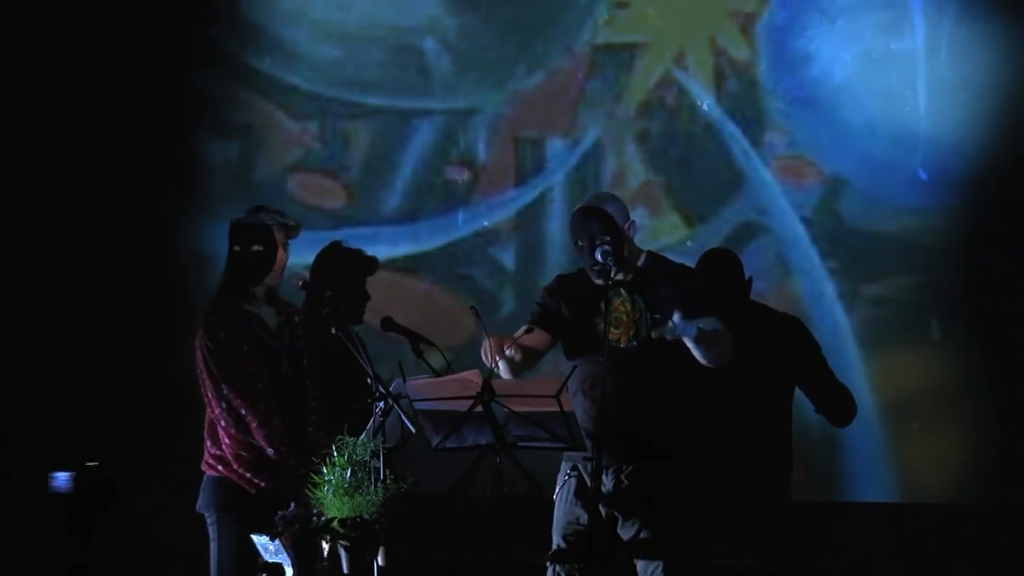 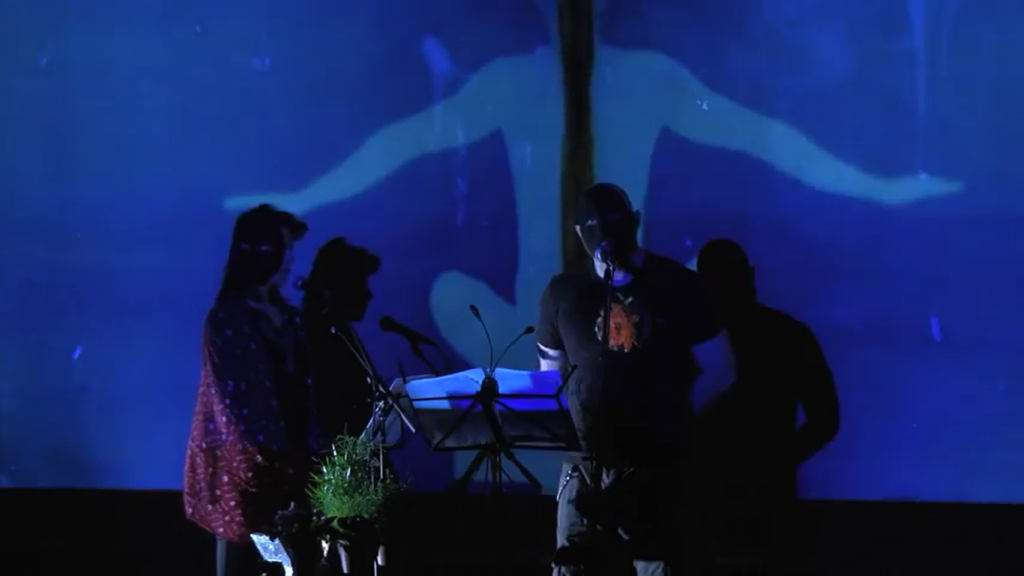 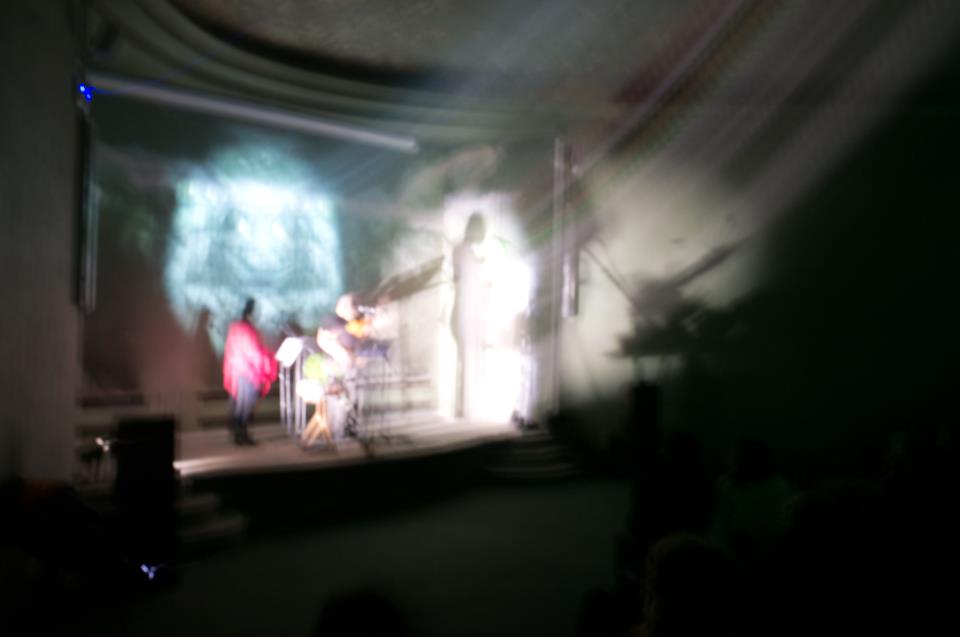 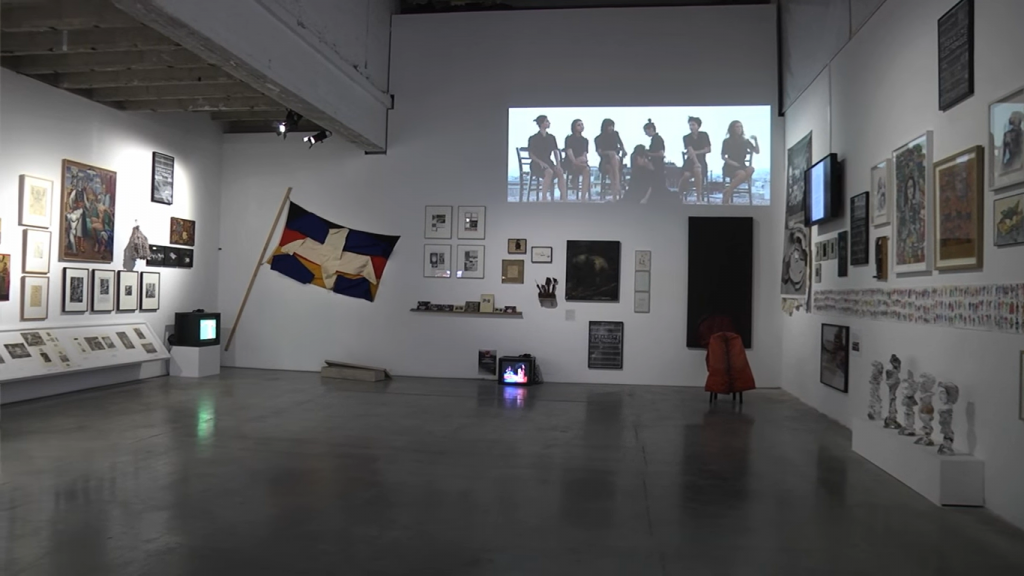 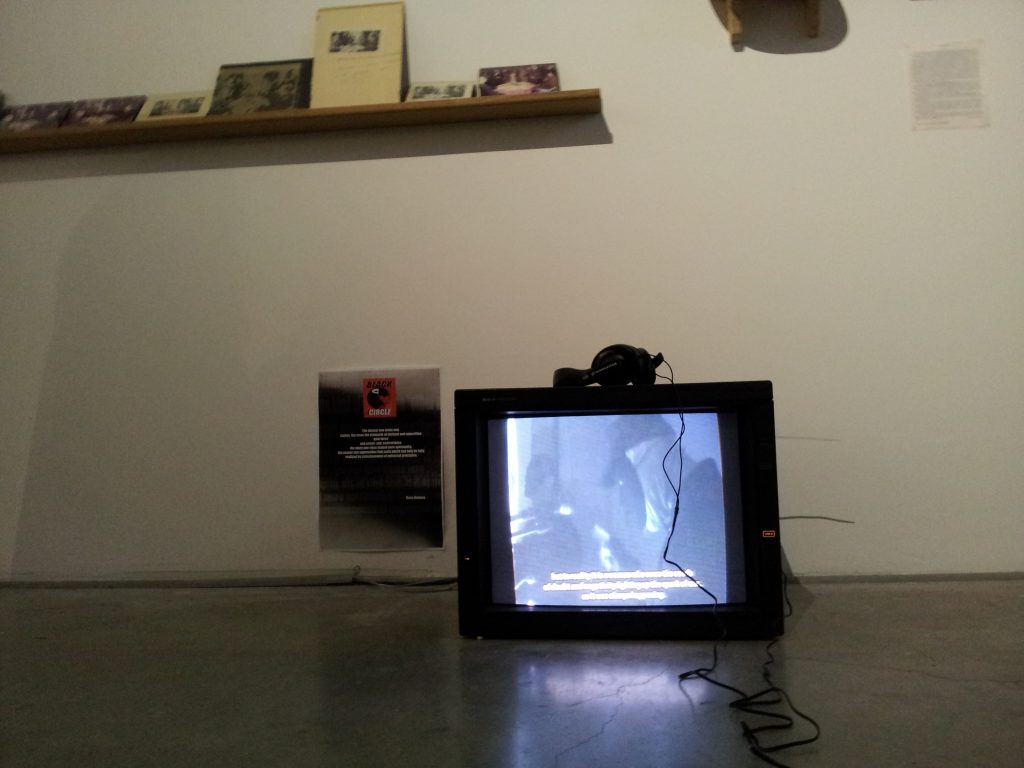 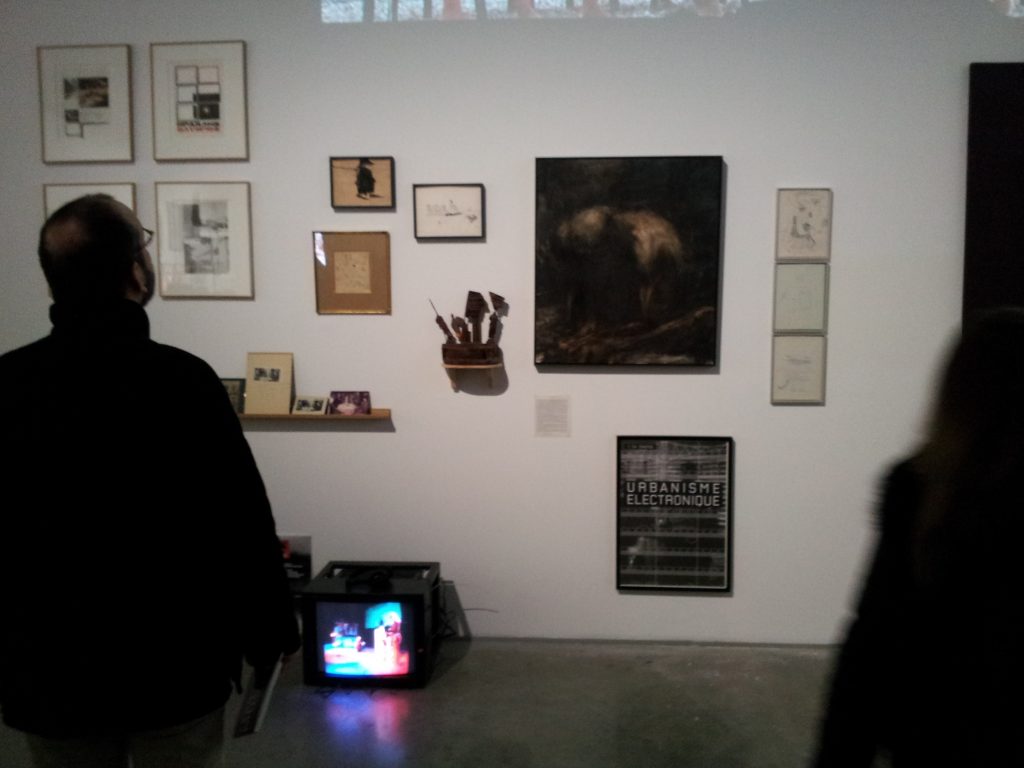 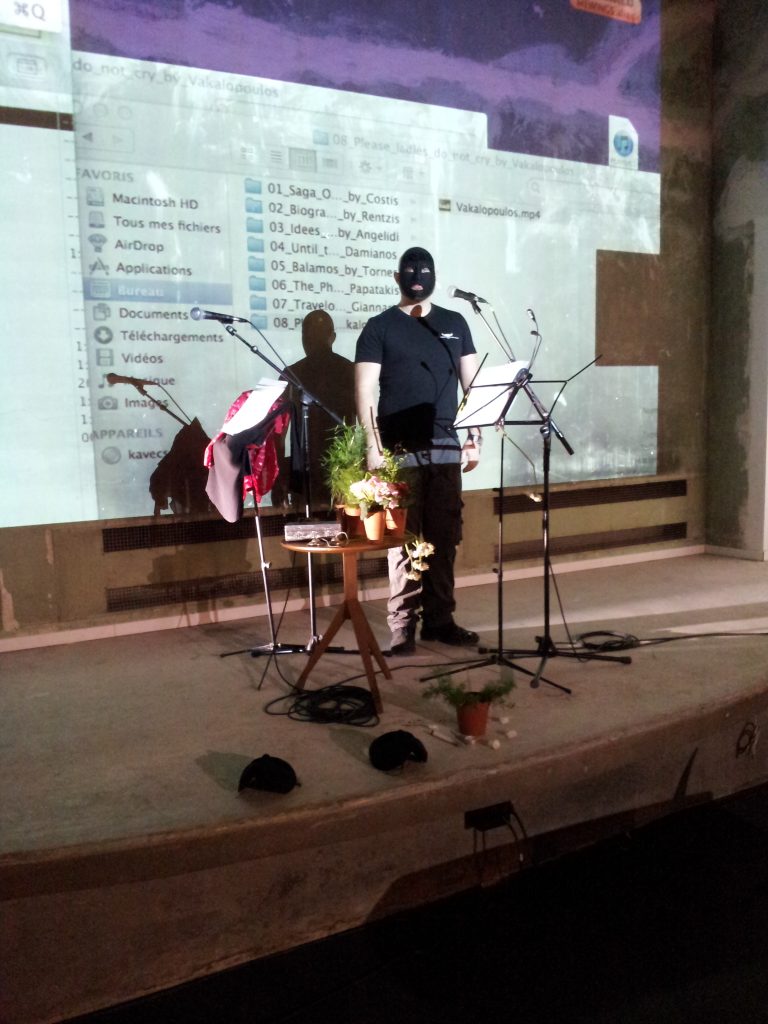